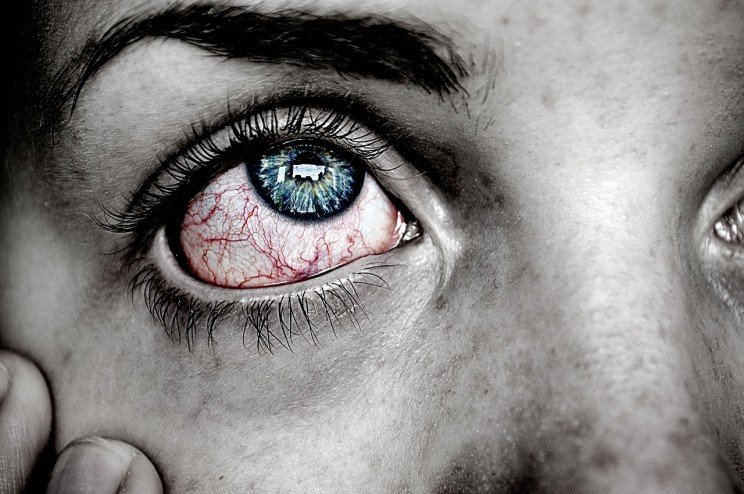 I noticed when I got a new computer at work with a LED screen. My eyes would be strained after a couple hours of working. I did my best to take mini breaks often. But still the eye strain remained. Found some articles that talked about blue light from the screen being the main culprit. I looked into screen films that block out a majority of the blue light. But I didn’t want to spend money on that at the moment. So I looked at programs that would actually greatly reduce blue light on computers & mobile devices. It does make a difference. Prior to using these programs, my eyes would be bloodshot at the end of the work day. Since I started using the programs, no bloodshot eyes at all. Sometimes my eyes feel a little tired, depending on the day. But a huge improvement! I can’t go back.

Dr. Celia Sanchez-Ramos of Complutense University in Madrid has reported that prolonged, continuous exposure to LED screens could irreversibly damage the retina of your eye, which might lead to macular degeneration and blindness over time. The culprit is intense levels of “blue light.”

According to Dr Sanchez-Ramos, LED screens produced from 2007 onwards emit up to five times more blue light than older versions did.

“Never before in human history have we exposed our eyes to light that is so intense, for such long periods, from such an early age,” she says.

She is warning people to be more mindful of the dangers of using smartphones and other electronic devices.

According to Sanchez-Ramos, people have their eyes open for about 6,000 hours per year, and they are exposed to artificial light for the majority of that time. The average adult spends around 8.5 hours in front of a screen every day.

In later experiments on retinal cells taken from volunteers, Dr. Sanchez-Ramos discovered that intense blue light caused cells to die. When she added a special protective filter, she was able to reduce the effect by an astonishing 83 percent.

Researchers have found that using an electronic gadget with a backlit display for just two hours can affect the production of melatonin – the chemical that controls our body clock – and cause sleep problems, particularly in teenagers.

Melatonin is a chemical the pineal gland in the brain makes when it doesn’t sense any light. It’s why you become sleepy at night. But do not take melatonin tablets, because it will come to a point where your own body doesn’t see a need to make it. What your brain makes on it’s own will be far more effective.

It’s also a powerful antioxidant, up to 5 times more powerful than Vitamin C & twice as powerful as Vitamin D. It repairs the cells of our body while we sleep. Each day our body looses 1/2 billion cells. at night it replaces those cells. Brings a whole new meaning to a healing nights sleep doesn’t it?

There are free programs out there for computers & mobile devices that reduce the amount & intensity of blue light. Keep in mind, if your a graphic designer / video editor & need to see the true colors of your work. Disable the filter so you can check the colors & turn it back on. You’ll notice how bright it really is without the filter, it’s pretty shocking to experience the polarity of it. Best option for computers is f.lux. It’s available for Mac OS X, Windows, Linux & iOS. Been using it for about 3 months on a Mac & really pleased with it.

I personally use it at 1200K most of the time. You’ll need to adjust the time so the dot falls into the red area to force it to that setting. Then it will stay at 1200K the majority of the day.

You can of course set it to actually fade to 1200K a little before it’s getting dark & have it be brighter during the day. Regardless of your decision. It’s going to be easier on your eyes.

If you don’t want to jailbreak your iOS device to install F.lux, just use the built-in iOS blue light filter – Invert Colors. It will change the illumination from black letters on light background to light letters on black background.

Navigate to Settings -> General -> Accessibility -> Invert Colors. Here press the On/Off button to activate this option. Plus, whenever you triple-tap your home button, the colors on your device will invert.