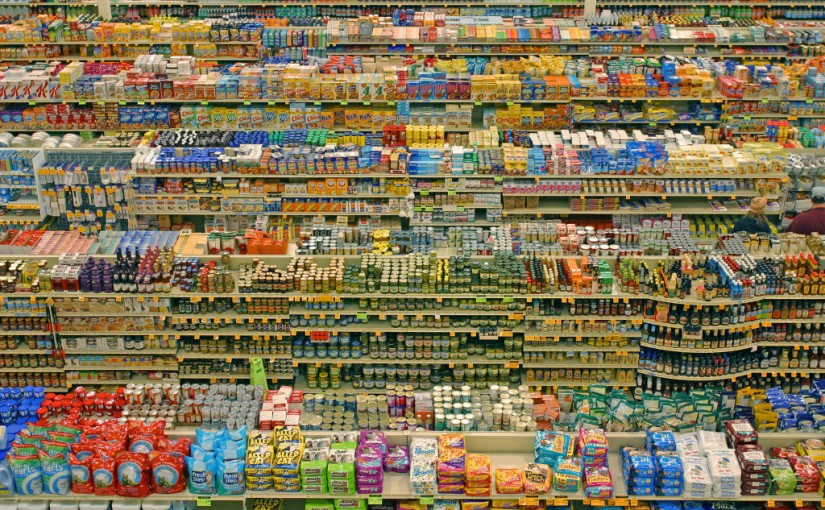 It was a big battle against the plastic industry to prove to the public that BPA was not safe. Even after that it’s still used in many products like the lining of canned foods, paper cartons, bottles, etc. It’s shocking how many things have a plastic lining. The best replacement is glass. Other options are ceramics or metal which are not coated with plastic.

Now, a University of Texas study published in July 2011 in Environmental Health Perspectives confirms that hormone-disrupting chemicals leach from almost all plastics, even BPA-free plastics.

That study? Is 33 pages. I read the whole thing, so you don’t have to.

BPA IS NOT THE ONLY CHEMICAL WITH ESTROGENIC ACTIVITY

BPA concerns us because it has Estrogenic Activity (EA), meaning it mimics the hormone estrogen in the body. According to the study authors, chemicals with EA have been linked to all kinds of health problems, including

Theorizing that BPA was not the only EA chemical, the authors of the study tested 455 everyday products of all different kinds of plastic from various retail sources to determine if they had estrogenic effects. Products included food wrap, deli containers, hard or flexible packaging, plastic bags, baby bottles, and reusable plastic water bottles. Most of these products were BPA-free. But what other chemicals were in them? Just like you and I, the researchers didn’t know. We are, after all, talking about the plastics industry and their secrets.

almost all of which can leach from the product, especially when stressed.

So, to test the products they had gathered, the researchers first extracted chemicals from the various plastic products using different solvents to mimic the types of foods/beverages the plastics might contain, and then they exposed those extracted plastic chemicals to MCF-7 cells, a type of human breast cancer cell that is receptive to estrogen. If the cells multiplied in the presence of the leached plastic chemicals, the researchers knew those chemicals were estrogenic and therefore potentially harmful to humans.

Their finding? Almost all of the plastic products tested leached EA chemicals.

Almost all commercially available plastic products we sampled, independent of the type of resin, product, or retail source, leached chemicals having reliably-detectable EA, including those advertised as BPA-free. In some cases, BPA-free products released chemicals having more EA than BPA-containing products.

STRESSED OUT PLASTIC IS EVEN WORSE

Realizing that plastics are more likely to leach chemicals when exposed to various stressors like heat or light, the researchers also tested the products after subjecting them to UV radiation (mimicking the effect of sunlight), wet heat (as in a dishwasher), and microwave radiation. As you might expect, there was more leaching of EA from stressed plastic products than from unstressed ones. In fact, in some cases, products with no detectable EA levels when unstressed were found to release EA chemicals after being roughed up a bit. Wouldn’t you?

The Point: it’s not enough for a company to test its products in an unstressed environment. Only by exposing plastic products to the kinds of stressors it will be subjected to in real life can we know for sure whether it will leach EA chemicals or not.

PLA is a kind of compostable plastic made from starch, usually corn. It’s generally touted by its manufacturers as safe simply because it doesn’t come from petroleum. So guess what. 71% of all the PLA samples tested were found to leach EA chemicals as well.

The Point: just because a plastic is made from plants doesn’t make it safe.

IT’S IN THE ADDITIVES

The researchers also tested “barefoot” polymers, meaning pellets of the basic plastic before any other chemicals have been added to it. And while a few of these barefoot plastics (#2, #4, and #5) did not leach EA chemicals by themselves, nearly all commercial products made from these plastics did. It’s those darned secret additives!

The Point: it’s not enough for a company to tell you that a certain type of plastic (#2, #4, #5) is safe. Without knowing what additives are in it, we don’t know what could be leaching out.

SOME BPA REPLACEMENTS ARE WORSE THAN BPA

The researchers tested baby bottles made from PES (polyethersulfone), a new plastic being used to replace BPA in hard plastic bottles. Among others, Born Free brand bottles are made from PES. What did they find? Some PES baby bottles released more EA chemicals than those with BPA in them!

The researchers also tested water bottles made from PETG, a copolyester like the new Eastman Tritan which has replaced BPA water bottles. Again, EA chemicals were found to leach from those bottles as well.

ARE THERE ANY SAFE PLASTICS?

One of the study researchers works for a company called PlastiPure, which is working to develop EA-free plastics. To do that, the company hopes to create an EA-free supply chain, requiring that all the chemicals that are added to plastics be certified EA-free as well. Their WaterGeeks plastic water bottle is advertised as EA-free.

I had a conversation with Brent Meikle from PlastiPure last year. I asked why go to all the trouble to develop a “safe” plastic bottle when they could just promote stainless steel or glass instead. Brent’s feeling was that it was not practical to expect everyone to switch to stainless steel bottles, especially those involved in sports, and that plastics are here to stay, so they should be safe.

Whether or not the new EA-free plastics are safe or whether they will turn out to have other harmful health effects, the fact remains that like all petroleum-based plastics, they are not biodegradable and will cause harm to the environment when not handled properly. I hope that PlastiPure will continue to focus on making durable plastic products rather than single-use disposables.

As for me, I’m going to stick to my stainless steel travel mug and water bottle. No plastic water bottles for me. But as for my plastic lid? If it has to be plastic, I’d rather it were EA-free.

The Point: we can only act on the information we have at the moment. Ask questions. Remain skeptical. But keep an open mind.

How do you feel about plastic now? I honestly don’t trust it and don’t want to wait to see what’s wrong with plastics next. Can you get away from it in our modern age completely? No, you can’t. Unless you want to go live a secluded life in the woods. But you can limit your exposure to it as much as possible.